What’s Up With Carver?- Part 2

What’s Up with Carver? Part 1… of Many

What’s Up With Carver? Part 3: An Offer They Can’t Refuse

“Never be so focused on what you are looking for that you overlook the thing you actually find.” -Ann Patchett

Hello and welcome back! I know we had to leave you hanging after we found our Carver triplex, but we will return to our regularly scheduled programming shortly. Quick recap, this was our second multifamily investment property and we essentially got it back to back after our first one. At the time, I was just eager to acquire units and unfortunately learned some hard lessons along the way. But I always say that I’d rather make a 3-unit mistake that costs $10,000 than a 100-unit mistake that costs $100,000. Without further ado, the first issues were found during the due diligence when we started walking the property, getting into the nitty gritty, and seeing the inside of the units.

Right off the bat, there were concerns about the foundation. The kitchen floor was sloping downwards in the first unit we walked into, alarmingly so. Then we noticed that there was a sagging floor in the living room of one of the units and even a little bit of a draft. The house was on a crawlspace and we’ll come to find later that we could stick our whole hand into the crack between the wall and the carpet…not great for keeping out critters and the cold! But we let that go for the time being and continued on. 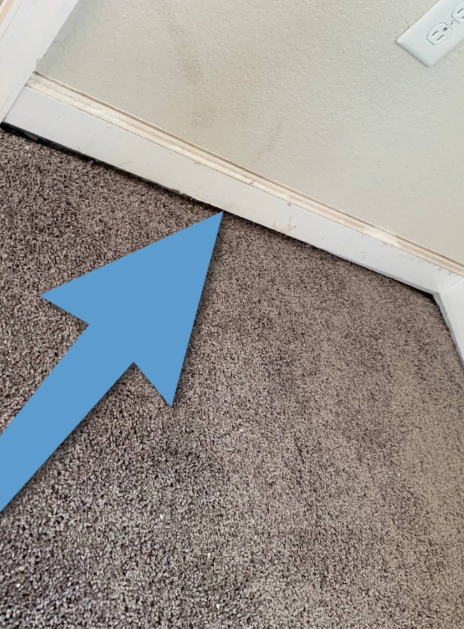 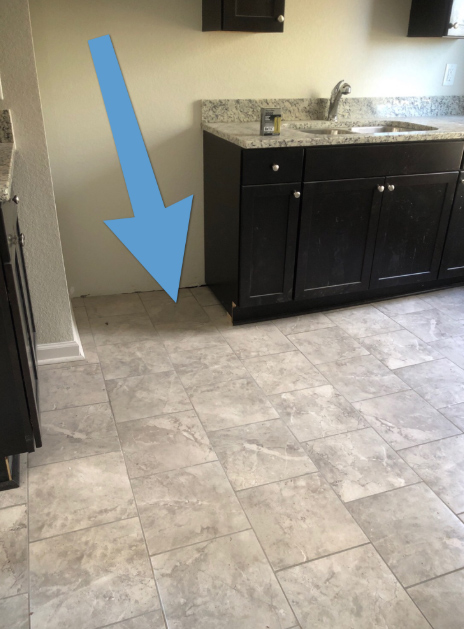 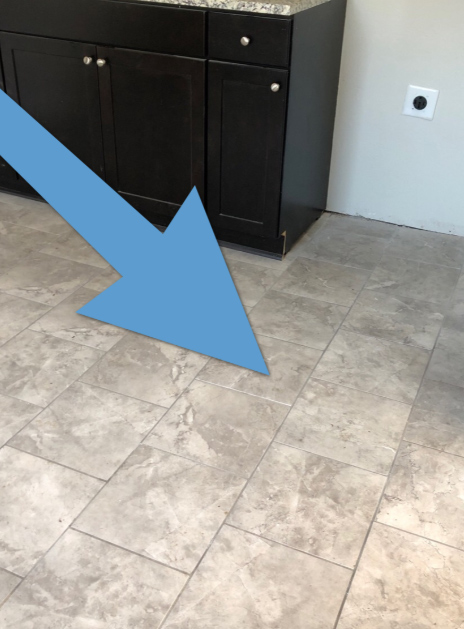 These are actual pictures from the home inspection.

Then we went into the bathroom and we saw some issues with how the tub had been caulked. There was also a sizeable hole between where the tub and vanity were sitting, about 4-inches wide, basically down to the studs that just didn’t get filled in. Lazy workmanship…if a contractor misses that, what else were they hiding? 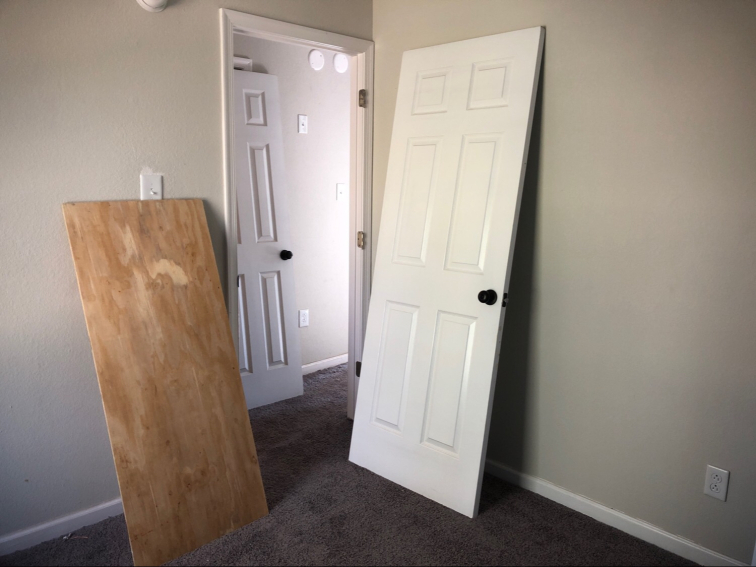 Some doors weren’t even installed, they were just sitting there!

A lot of the door knobs weren’t set right, so most of the doors didn’t close properly. Some of the windows didn’t latch right (but that’s not a big deal, right? Boy were we wrong and we look forward to telling that story in the future). One of the windows was noticeable crooked in the frame!

Then we get to the living room. There was a utility space recessed into the wall where the water heater, washer and dryer were supposed to go. There was one tiny issue though: the clearance was 24 inches from the back of the wall to the closet door, but most washers and dryers I found were at least 28 inches. We figured (correctly) that we could negotiate that repair, so still, we moved on.

The dryer vents were installed improperly; merely a hole straight to the attic. That was a big no-go because you are worried about moisture buildup (mold) and potential fire hazards. Again, something we figured we could negotiate, so we continued…

Despite all these red flags though, it looked like a pretty good property on our first inspection; essentially turnkey quality: brand new carpet, brand new water heater, brand new AC, granite countertops (hindset: over renovated for the area), new wood cabinets, brand new tile, everything had been freshly painted, all the plumbing worked… so yea, we convinced ourselves that it looked pretty good.

This is a little blurry, but this image was also directly from the home inspector.

So that just the initial interior inspection. Eventually, we went outside around the back and to the mess of a backyard, but nothing a landscaper couldn’t take care of. The bigger concern, however, was the roof. It looked like the roofer had started to run out of roofing shingles and they had spaced them further and further apart as they moved across the roof. It almost looked like they were skipping shingles in some places. That was one red flag I was not willing to overlook. That was something I wanted to go over with the inspector.

On that note, cue the inspector! After we completed our own walkthrough, it turns out the property inspector found additional issues. Thankfully, the roof itself wasn’t going to be a big issue. He said it looked fine and it didn’t look like it was going to leak at all. A big sigh of relief. Roofs are one of the most expensive capital expenditure items and can kill your numbers if you don’t account for it. However, there were some trusses in the attic that needed to be replaced because they had become cracked over the years. There were some electrical safety issues with some of the AC unit boxes not being properly covered. A couple of the stoves weren’t installed properly…the list for the PICRA went on.

One of the major sticking points we decided to pursue was the recessed area for the washer and dryer. What we wanted them to do was move out the whole closet a good 4 inches. Well, the seller didn’t actually do a full 4 inches. They just did 4 inches from the back wall as opposed to the baseboard. Really, they only did about 2 inches total, which was a waste of time, because we still couldn’t fit them in there. Oh and did I mention the seller was a Class A contractor?? However, we were running out of time. We kicked the can down the line that we could put a stylish barn doors or something on there and call it a day.

One small victory was with the sketchy vent installation for the dryer (and we are glad we did!). The contractors initially tried to fight those repairs, but they came around and installed the connection to the outside as opposed to pumping hot, humid air into the attic. Truthfully, this is one of the very few things they got right when negotiating the PICRA. Well kind of right. The outside vent connections were installed hanging upside down, allowing the vent louvers to be held open by gravity–perfect for a critter to crawl in and make a home! I fixed it myself later.

There were some additional issues that were covered to some extent, but it got to the point where we were a week away from closing. Ultimately, I decided at this point, I’ll just take care of them. I’m pretty handy and I figured we can just get it done. So, I just kind of brushed it aside. Wrong answer! Lesson learned: if the seller does not do what they are contractually obligated to do and it’s a big issue, feel free to walk away! There is no need to get emotion because if they aren’t paying for it, YOU are paying for it and when you own an investment property, every dollar counts. In the end there is no skin off our back except the $500 EMD.

Hopefully you were able to pick up on the red flags we initially did not see. A lot of them will continue to come into play as we continue with What’s Up With Carver. In the meantime, I want to highlight this valuable lesson again (because I can’t say it enough): Don’t get distracted by shiny new appliances and settle for sketchy contracting. You have a right to negotiate this and should take the time to do so. The seller might fight you on it, but it is well worth your time to pick and choose repairs that are going to really pay off in the long run. That’s all we have for today, but thank you for reading! We hope you come back to join us in another two weeks! We will be diving into closing the deal (and how we raised money from investors) and focus more on broad educational topics as well as our story.

Be sure to click the follow button so you can get updates on our latest posts! Please also be sure to check out our website pintocapitalinvestments.com. We have learned a lot of hard lessons that have paid off, and we would love to do business with you.